skip to main | skip to sidebar

Interesante: Catches of humpback whales by the Soviet Union and other nations in the Southern Ocean, 1947-1973

From 1947 to 1973, the USSR conducted a huge campaign of illegal whaling worldwide. We review Soviet catches of humpback whales (Megaptera novaeangliae) in the Southern Ocean during this period, with an emphasis on the International Whaling Commission?s Antarctic Management Areas IV, V and VI (the principal regions of illegal Soviet whaling on this species, south of Australia and western Oceania). Where possible, we summarize legal and illegal Soviet catches by year, Management Area and factory fleet, and also include information on takes by other nations. Soviet humpback catches between 1947 and 1973 totaled 48,702 and break down as follows: 649 (Area I), 1,412 (Area II), 921 (Area III), 8,779 (Area IV), 22,569 (Area V) and 7,195 (Area VI), with 7,177 catches not currently assignable to area. In all, at least 72,542 humpback whales were killed by all operations (Soviet plus other nations) after World War 2 in Areas IV (27,201), V (38,146) and VI (7,195). More than a third of these (25,474 whales, of which 25,192 came from Areas V and VI) were taken in just two seasons, 1959/60 and 1960/61. The impact of these takes, and of those from Area IV in the late 1950's, is evident in the sometimes dramatic declines in catches at shore stations in Australia, New Zealand and Norfolk Island. When compared to recent estimates of abundance and initial population size, the large removals from Areas IV and V indicate that the populations in these regions remain well below pre-exploitation levels despite reported strong growth rates off eastern and western Australia. Populations in many areas of Oceania continue to be small, indicating that the catches from Area VI and eastern Area V had long-term impacts on recovery. 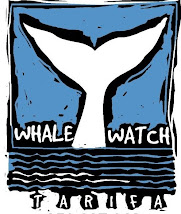 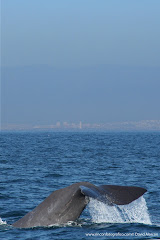